Women and Wine: The Perfect Match

History of Women and Wine

Throughout history, women have been erroneously associated with excesses of wine. Women who drank alcohol were wrongly linked with adultery, promiscuity and indiscriminate sexuality.

The ancient Egyptians believed in a strong link between wine and spirituality, and considered it to be “the gift of gods”. When upper-class men were placed in their tombs, wine was commonly found amongst the objects that were placed in with them, in order to provide them with comfort in their life after death. On the other hand, Egyptian women were not allowed to have the same benefits, as it was considered that if buried with wine, they would become intoxicated and promiscuous in the afterlife.

In ancient Greece, the situation was similar. All men could benefit from experiencing reduced inhibitions, relaxations and increased social interactions (including maintaining sexual relationships) that occurred with wine drinking. But, like the Egyptians, they considered that the women who drank wine were strongly related to drunkenness and excess, and were not well-seen, and even considered barbaric.

In early Rome, this low regard for women who drank wine was even more enhanced, leading to women not being permitted to serve wine, and even being divorced or put to death if found drinking wine. This changed after 194 B.C. and the opposition disappeared as wine became a common part of their diet.

More recent and erroneous biases and superstitions appeared over time that added to those that were already there before. Superstitions such as women not being allowed near fermenting wine were commonplace due to the fact that people believed that if these women were menstruating, the wine could turn to vinegar or re-ferment monthly (clearly no science behind this).

Biases also appeared when some considered that women could spoil wine tastings by wearing perfume, or that the capacity to appreciate wine nuances was related to masculinity. Wine-making also created a division between men and women, as women were generally considered to be unable to harvest grapes and handle the crush as it was believed that their physical structure and height would restrain them from being able to produce good quality wine. Women were generally placed in roles that required patience and care such as selecting the best quality grapes.

Women in the Wine Industry in the Present

It is understandable that after all these restraints, women are still a minority in the world of wine, but during recent years, the presence of women has grown enormously. Women bring into the wine industry an eye for detail throughout the process and they are starting to play a more important role than ever before. Scientific research has concluded that women have, on average, a better sense of both taste and smell, and these features are highly beneficial in the wine industry.

Finally, let’s not forget women as consumers of wine. Wine is the popular choice for women (3 out of 4 women that drink alcoholic drinks chose wine as their preferred choice), and 55% of UK’s regular wine drinkers are women.

So, to all these women that have fought and keep on fighting, there is a place in this industry for us all! Let’s make a toast for all of us! 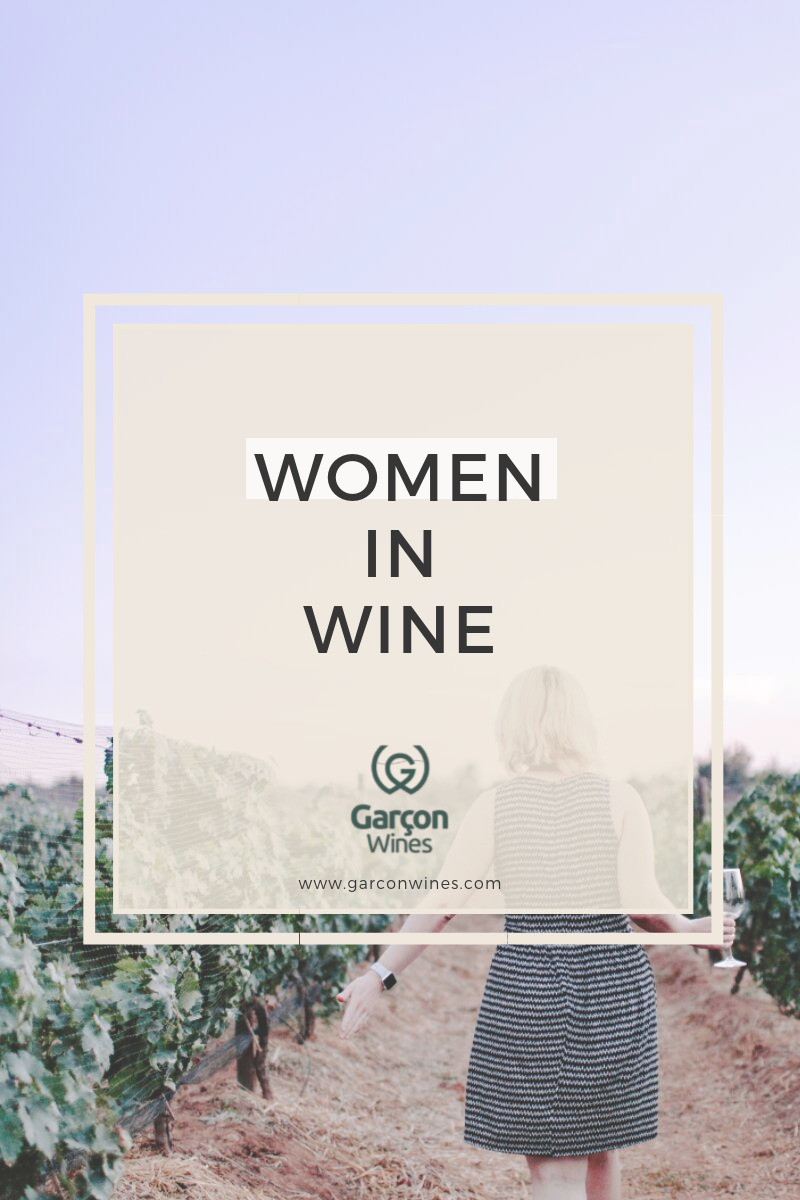