The environmental and economic impact of missing deliveries

Have you ever ordered an item and returned home from work to find that you’ve received a notice informing you that your parcel got as far as your front door, but was taken away because you were out? Frustrating, isn’t it? Perhaps you had to get in your car and drive to a depot to pick it up and then, of course, you had to drive back home. Think about that for a moment. The item arrived at your doorstep, which means it had been transported, perhaps for many miles, and then it was taken to a depot from where you had to pick it up. Perhaps it was redelivered at a more convenient time, but whatever the case, it had done more travelling than it should have done. It had clocked up more miles than was necessary and so contributed more damaging CO2 emissions to the atmosphere.

Consumers are becoming more concerned about the damage we’re doing collectively to the environment. They’re putting pressure on suppliers to become more ‘green’ and so suppliers are having to rethink their logistics. After all, consumers can always take their business elsewhere, to a ‘greener’ company. Suppliers always respond to demand and many have already changed their methods of parcel delivery.

It’s been estimated that 10% of the 1.6 billion parcels sent in Britain are delayed, lost or stolen because of a delivery failure. That means that approximately 900,000kg of extra carbon emissions are released into the atmostpher because either the supplier has to organise another delivery to the customer or customers have to pick up their parcels, perhaps from a depot that is miles from their home. There's not just an environmental cost; IMRG data shows that UK retailers, delivery carriers, and consumers collectively lose £1.6bn a year because of failed deliveries.

In recent years there have been innovations in the way parcels are delivered in the UK. This means that parcels and packages can be delivered the first time an attempt is made. The customer doesn’t have to be at home to receive the package. Some firms have click-and-collect sites and parcels are taken to central points, perhaps to a local post office, newsagent, other retail outlet or a gym, for instance, and customers collect their packages. Although the carbon footprint of such firms has been decreased, their customers are increasing theirs unless, of course, the collection site is within walking distance of their homes or workplaces.

Other suppliers have come up with secure boxes which can be used to put parcels in. However, just how secure these are if a thief is determined isn’t really clear.

Suppliers of flowers, wine and teas, for example, have come up with the flat package which can be dropped into a letterbox. Such deliveries are safe and secure, which makes them preferable to using outside containers for deliveries. That’s why we at Garçon Wines developed our flat wine bottle that can withstand the impact of being dropped through a mail slot. Wine can be waiting on the doormat from when consumers return home from work. This way, wine drinkers can do their bit for the environment because carbon emissions from delivery will be kept to a minimum. 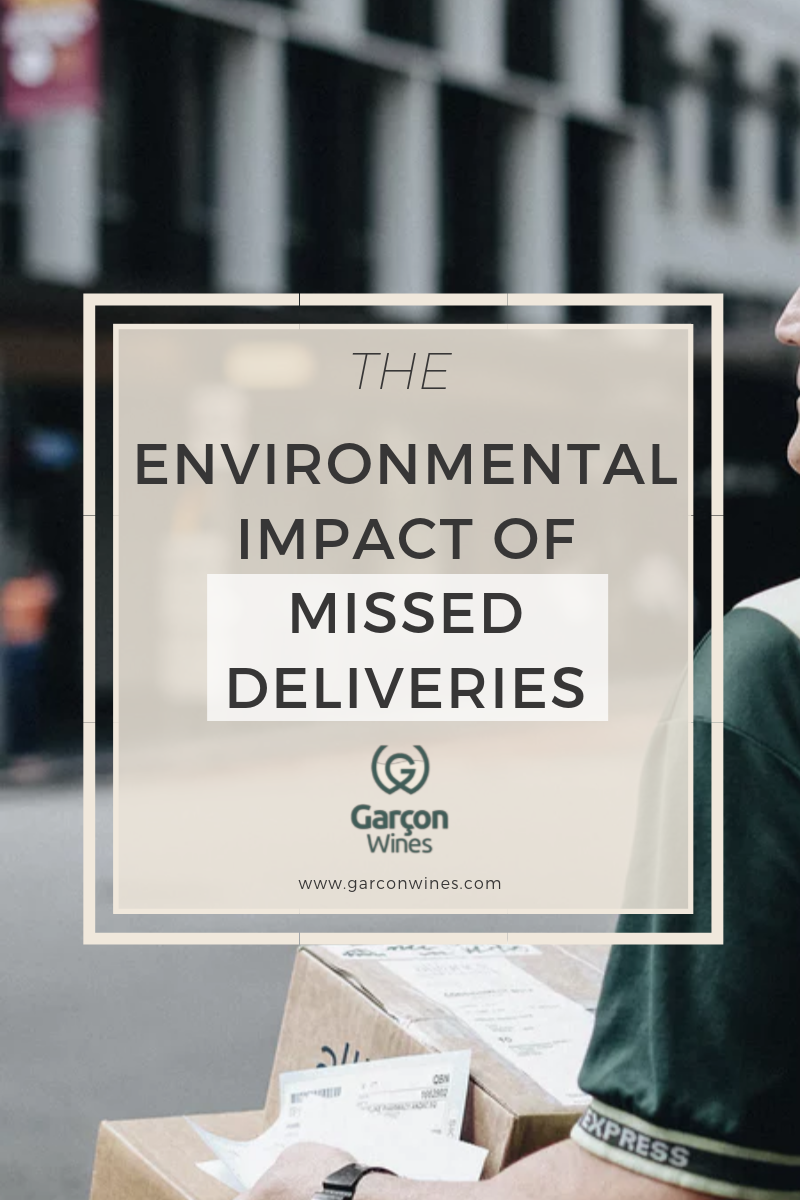