If you’ve never tasted Eiswein, or as it’s called in North America, Icewine, you should sample it. It isn’t wine with ice, as the name might suggest, but wine made from grapes which were left on the vines well after other grapes were harvested. Grapes for Eiswein are picked when the first frost’s frozen them. They’re picked quickly, usually before dawn, and pressed before they thaw, so that they don’t become mushy. The juice from these grapes is highly concentrated and has a high sugar content which is balanced by their acidity.

Imagine having to pick grapes while wearing gloves because of the freezing pre-dawn temperatures! A stark contrast to the more usual autumnal harvesting gear!

The Germans typically use Riesling grapes to make their Eiswein, while in North America, both Riesling and Vidal grapes are used to make Icewine. Vidal grapes are hybrids, combining the varieties Ugni Blanc and Seibel.

These days, the Canadians have an eye to the growing Asian wine markets (China in particular) and are producing red Icewine as red wines are favoured there. This wine’s called Cabernet Franc Icewine. The dark-skinned Dornfelder grape, which originated in Germany is used to produce this particular Icewine. However, different grapes are used for Icewine and these include Riesling, Cabernet Franc, Gewürztraminer, Chardonnay, Pinot Blanc, Pinot Gris and, perhaps surprisingly, Syrah, as well as Vidal.

It’s believed that the first Eiswein was produced in the late 1700s in Germany, when an unexpected cold snap froze the grapes on their vines before they could be harvested. Imagine the dismay of the viticulturalists when they awoke to see their grapes frozen! Undeterred however, they went ahead with their harvest. The results were obviously good, so Eiswein was born and continues to be made.

It was actually much later, in the 1960s, when Dr. Hans Georg Ambrosi, known as the Father of Eiswein, started to experiment with these wines, with his experiments and results having a great influence on subsequent production of Eiswein and on his contemporary wine makers.

There are some difficulties involved in the production of Icewine, as the grapes can be attacked by pests as they hang on vines waiting for the temperature to drop. Also, if the big freeze arrives late, grapes will rot and the whole Eiswein crop is lost. Another bugbear for the producers of Eiswein is that because of the grapes’ high sugar content, fermentation is very slow.

Some Icewine producers circumvent the natural process of freezing the grapes and pick the grapes and freeze them in freezers, however, these Icewines are called iced wine, or ice-box wine.

If you’re wondering what food best complements Eiswein, the answer is desserts. Eiswein can be aged, although many people are under the mistaken impression that it can only be good for 10 years. Of course, their flavour will change over the years, meaning that they become sweeter and change to a darker colour, tasting of molasses and hazelnut.

Why not give your (and your guests) taste buds a treat and invest in a bottle of Eiswein for your next dinner party? 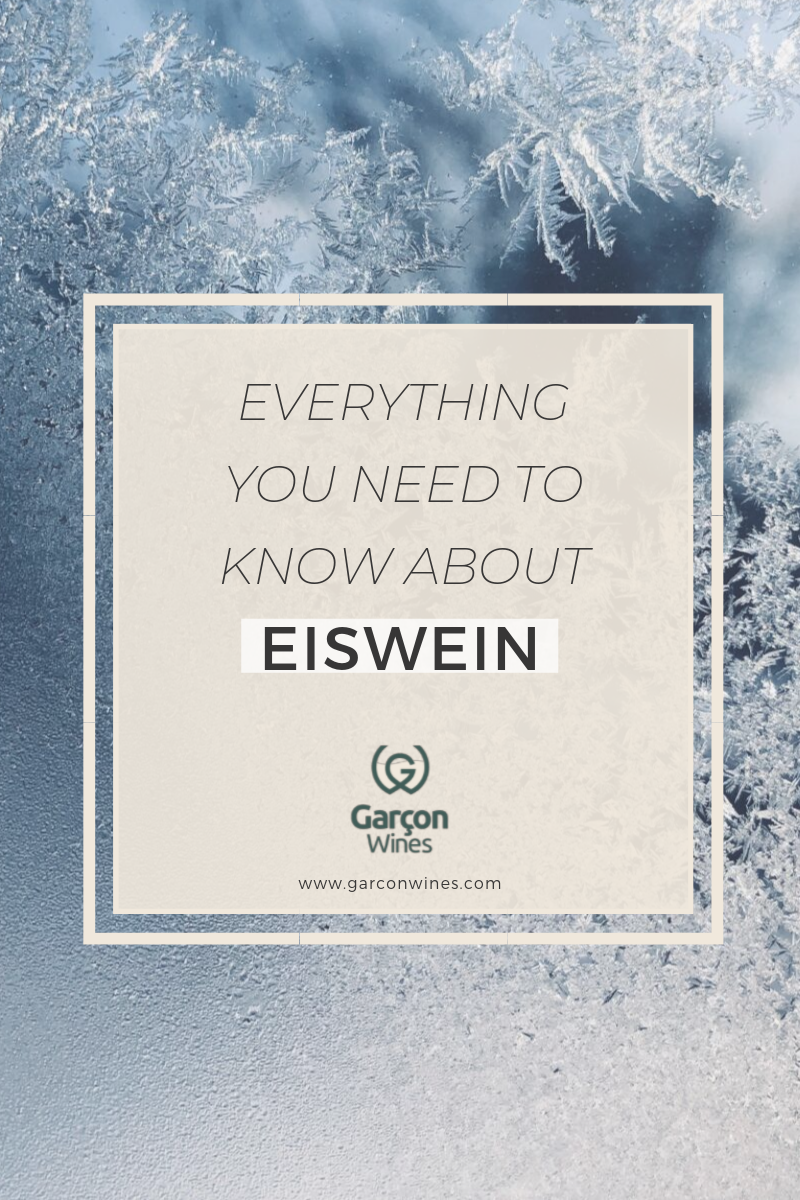