A History of Wine in Box

Just over fifty years ago, an Australian winemaker, Thomas Angove, filed a patent for what has become known as bag-in-box wine (with a collapsible plastic bag inside it). In the beginning the bag was difficult to handle. People who bought the box wine had to take the bag out of the box and snip a corner to get at the wine, then struggle to stuff the bag back inside its box. If you’ve ever had to handle the bag when it’s full of wine, you’ll be able to imagine how difficult this was. To close the bag, once you had poured wine into your glasses, you had to seal it with a paper clip, peg or something similar.

Some people said that it would never catch on. Even Tom Angove’s son was sceptical about his father’s invention, but it really did take off. Australians went for it in a big way because it was much cheaper than other wine and certainly cheaper than spirits. The ‘bladder’ or bag-in-box revolutionised Australian drinking traditions. It was thought that one of its attractions was that no one could see how much you were drinking. There was a downside to this though, as children could help themselves to the wine and their parents might never understand that they were doing this.

Later, another winery came up with the idea of adding an integral tap in the bag, making it easier to pour a glass of wine.

Wine puritans in Europe didn’t like the idea of such ‘outlandish’ containers for wine at first. After all, wine has been stored in glass bottles with stoppers, although not corks, since Roman times. Corks were only introduced in the 19th century. They allow the wine to get some oxygen as it develops in the bottle. A part of savouring fine wine is the pop of the cork as it comes out of the bottle. All our senses are engaged, as we can even hear the wine. Some say that this is why we chink glasses when we drink with friends.

In the beginning, in Europe, only cheap (and some would say nasty) wines were packaged in boxes. Times have changed, with wine outlets selling bag-in-box wines and filling them with the wine of the customer’s choice, if they have a cask of it in their cellars.

One of the advantages of boxed wine is that its packaging is considered to be more environmentally friendly as the cube efficiency makes it easier to transport, with less wasted space. That said, bag-in-box wine is made up of multiple materials; cardboard, flexible plastic for the bag and rigid plastic for the tap. Using completely different materials hinders the recycling process and it is highly unlikely that consumers will dismantle each separate component after having enjoyed the contents.

Boxed wine has gone in and out of favour, at least in Europe, but it seems that it’s having a resurgence in popularity. Just stroll around the wine section of your local supermarket. The quality of boxed wine has improved a lot since it was first introduced. However, there is always ‘the next best thing’ and this is true in wine packaging. Just look at the new flat, 100% recycled PET wine bottles that can be safely dropped through your letterbox. 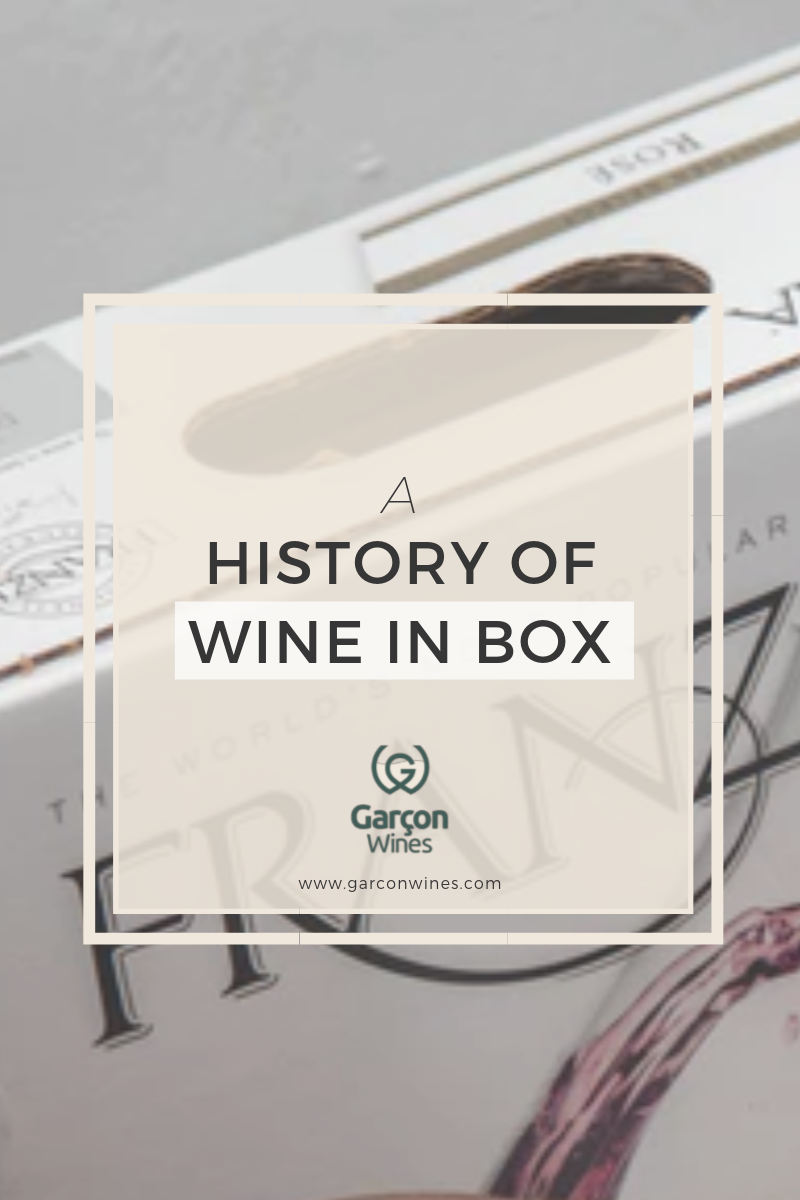